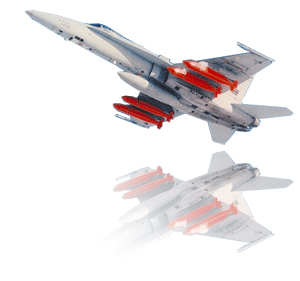 An autonomous, air-launched glide weapon designed to attack a variety of ground targets from standoff range, the JSOW moniker actually represents a family of delivery vehicles sharing a common platform and variants with unique missions and payloads. A joint Navy and Air Force program, integration is ongoing for several aircraft, including the F/A-18, F-16, B-2, B-52, while also planned for a host of others in current and future inventories.

“The GEU is the operational core of the JSOW, responsible for guidance, navigation and control of the munition from launch to strike,” explains Guy Yeager, a principal software engineer and the software team lead for the JSOW/GEU program at Raytheon. “Every system on the weapon in some way, shape or form communicates with the GEU.”

According to Yeager, the GEU is literally the mind of the JSOW, taking inertial measurements from the IMU and performing a GPS correction to arrive at a “nav solution.” This data is fed to guidance and control, where necessary adjustmentments are determined and the data converted into autopilot commands, which drive the control system and set trim on the flight surfaces.

The current Raytheon JSOW program emerged from the Advanced Interdiction Weapon System (AIWS), a Navy program initiated in the mid-eighties. From the beginning, affordability was a critical element, and as a direct result the JSOW program has been aggressively managed within a strict unit-cost threshold established early in the program.

Required mission capabilities for the JSOW also created significant challenges, particularly with respect to the aggressive cost goals, but a persistent focus has driven the adoption of progressive acquisition strategies involving a combination of competition and cooperation. Unlike some DoD programs that have used an “affordability” label to satisfy critics, the strict JSOW goals drove a number of key design and production decisions to produce components like the GEU at low cost.

“Where the main development of the GEU software was originally done at TI Systems, we’re in the maintenance phase now,” continues Yeager. “What we’re doing is porting the old assembly code to Ada for a 486 processor using DDC-I’s DACS cross-compiler.”

“Ada’s strong typing and other characteristics seem very limiting to programmers accustomed to languages like C++, but if it’s for a safety-critical system I don’t want creativity. Ada is much more self-regulating in that respect. Even if you know what you’re doing, it has intelligent checks integrated into the language that ultimately produce fewer mistakes in the code,” he adds.

Hosted on a UNIX platform, only the DACS cross-compiler is currently in use. However, already in the process of upgrading to the latest version of DACS to eliminate the need to use a second assembler to work with the legacy code, he explains that DDC-I chose to upgrade their DACS toolset specifically to recognize the extensions familiar to their other assembler and make it easier — and less expensive — for his team to manipulate their legacy code. In addition, they look forward to gaining debug capabilities for their target processor.

Though he’s not in a position to endorse DDC-I as a Raytheon employee, Yeager concludes: “Their support has been phenomenal. They helped us get a handle on the upgrade process when we needed guidance. Their technical lead has been here more than once during the upgrade, and to me nothing demonstrates a vendors’ dedication and determination like their top technical guy coming in at eight in the morning and leaving at nine at night just to fix your problems.”